Hey friends! I’m excited to be a part of the YA Scavenger Hunt this year, where you can win tons of books, including a copy of every single book in the graphic above! I am on the red team – but there are also two more teams full of books to win – for full details and how to win, click here!

I am also offering a signed copy of The Kinder Poison as a bonus prize through this blog post – enter via the Rafflecopter below to win!

Each author hosts cool or exclusive content for another author in the hunt, and I’m pleased to be hosting Melinda R. Cordell, author of many fantastic YA and MG books, who is revealing the cover for the third book in her Dragonriders of Fiorenza series, Warrior’s Doom! Doesn’t it make you want to buy like 6 new copies??

About Assassin’s Blade (the first book in the series):

My father’s been kidnapped.
The kidnappers demand a ransom that’s impossible to pay. If they don’t get it in two weeks, they will kill my father.
Mama won’t survive his murder. She’s already fallen unconscious. Broken heart.
If we can’t pay, my brother and sisters will end up homeless.
So I’ve pulled my assassin grandmother out of retirement.
Together, we’re going to find the kidnappers and rescue my dad.
And we’ll make those bastards pay.
Set in an alternate medieval Italy with dragons and magic, ASSASSIN’S BLADE is for fans of the Venatrix Chronicles by Sylvia Mercedes, or the dragon books of Ursula K. Le Guin and Anne McCaffery. You’ll love taking flight in ASSASSIN’S BLADE.

Melinda also had this to say about this gorgeous book: “WARRIOR’S DOOM is coming out on January 27 and it’s kind of like Dragonriders of Pern except it’s in medieval Italy with an assassin grandma. It starts with all my main characters, who all have bones to pick with each other, all on the back of Fia’s dragon as they’re being chased by the Pope’s army.”

If “assassin grandma” doesn’t inspire you to check out this series, I don’t know what will. Congrats Melinda on another beautiful cover! 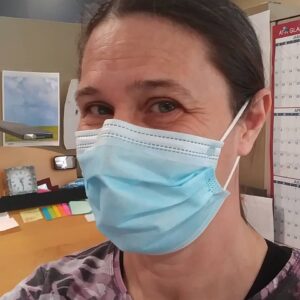 Thanks for stopping by! The hunt continues at Amy Fellner Dominy’s site!

FoR iMaGE copYRighTs cLicK hERE
ALL ELsE coPYRighT NaTaLiE MaE. ALL RighTs REsERVED.